Driving Under the Influence of Drugs 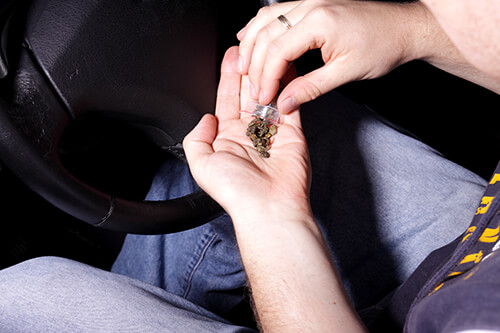 Driving after ingesting alcohol is the worst time to be driving, but driving after taking drugs comes in as a close second. And yet, 10 million people have driven under the influence of illicit drugs in 2014. In 2010, 11 percent of crashes involving drugged drivers were fatal. We learn much about how alcohol affects our driving skills, but not as much about how the different drugs affect our minds and bodies, such as effects on judgement, reaction time, motor skills and memory.

Marijuana is the drug most commonly found in the blood of drugged drivers. Thirty-seven percent of drugged drivers admitted to using marijuana before getting behind the wheel. Marijuana causes disorientation and altered space and time. These effects can slow reaction time, impair judgement and decrease coordination, which causes increased lane weaving and altered attention on the road.

Ten percent of drugged drivers admitting to using cocaine and driving. Cocaine can cause aggressive and reckless driving, as well as dizziness, irritability, paranoia and increased heart rate. Even though cocaine initially causes increased focus and alertness, that eventually wears off and confusion and disorientation sets in.

Other popular drugs people have taken before driving a car include:

Drugs by themselves are dangerous, but combined with alcohol they are even worse. When you include alcohol in the mix, you increase your chance of overdosing. You can also faint while driving, or have impaired breathing, making it even more difficult to concentrate on the road. Alcohol can also intensify the drug’s effects, such as sleepiness, drowsiness and light-headedness. So whatever drug you take, do not mix it with alcohol, and do not get behind the wheel unless approved by your doctor.