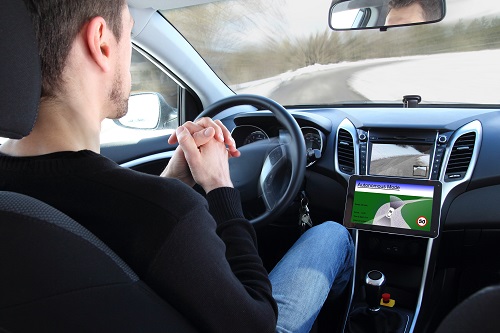 When you’re making the long trip somewhere, and you’re sitting behind the wheel wishing you could be doing anything by driving, self-driving cars seem pretty convenient. We don’t know much about them yet, but what we do know about them is they may be safer than most drivers on the road today.

Self-driving cars take over all of the responsibility of driving, which creates more free time, and therefore, more productivity. Imagine everything you could be doing if you didn’t have to drive – you could finish that book you’ve been reading for months; you could finish that presentation that you have to give as soon as you get into the office; you could catch up on the sleep you’ve missed out on over the past couple of weeks.

Self-driving cars can avoid, and even ease congestion. Self-driving cars have the ability to communicate with each other, so they know when to avoid a highway or a turn because traffic is up ahead. Not to mention, since these cars have sensors that inform them of traffic signals and other cars, they can travel at higher speeds and closer to other cars without being concerned about hitting something. This will allow more cars on the road at once, and keep them moving faster. Even though self-driving cars seem perfect and something everyone needs to invest in, there are many concerns about what will happen if self-driving cars become popular.

These cars will cost an absurd amount of money. It is something most American would not be able to afford, which defeats the purpose of creating the technology anyway. And if these self-driving cars are not widely adopted, the human margin of error will not decrease significantly enough for the money to be worth it to invent these cars.

We don’t know how weather conditions would affect the self-driving cars. If the cars are covered in sensors, which is how they can identify potential risks, what would heavy rain or snow do to them? Not to mention, if there is an accident, the self-driving cars will not have the ability to yield to human traffic signals. The self-driving car also relies on a GPS mapping system. As I’m sure we’ve all experienced before, GPS systems are not always correct in their directions. I’ve had a GPS tell me to turn left into a lake because that’s where my hotel was located. Technology is too fickle to rely on this heavily.

Finally, self-driving cars will have an adverse effect on the economy. Since people will be able to rely on their self-driving cars to get them places, public transportation will decline until it is no longer necessary.