Who’s Responsible if Flying Debris From a Truck Causes an Accident? 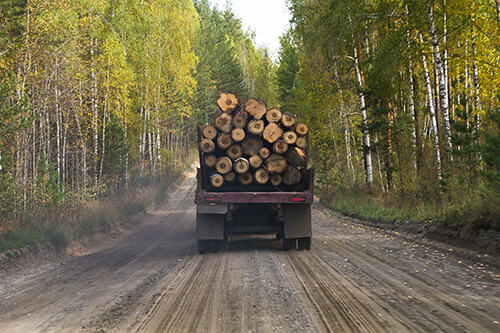 It’s a beautiful morning and you’re heading to work. While driving down the highway, you get stuck behind a large garbage truck. Before you’re able to pass it, a piece of debris comes flying out of the bed of the truck. You try to swerve to avoid it but unfortunately it’s too late. The debris hits your windshield, causing it to shatter and making you crash your car into the guardrail. The truck keeps going down the road, oblivious. You’re injured and your car is a mess. Who is going to pay for all this?

Unfortunately, this type of scenario happens all too often in Houston. According to the Texas Department of Transportation, there were 377 accidents last year related to unsecured loads from trucks. And even though it seems like this is a slam dunk of a case against the truck driver, it’s going to be tough to prove who is responsible for the damages, especially on your own. Unless you have physical evidence, such as photos of the truck’s load not being properly secured or video of the debris falling from the truck at the time of the accident, it’s going to be hard to prove that your car accident wasn’t caused by something else. Surprising, right?

So let’s change the scenario and say yes, your passenger was able to write down the truck’s license plate right before the debris falling from the truck and hitting your windshield. What’s your next steps? Well, first thing you should do after receiving medical attention is calling a truck accident lawyer in Houston such as attorney Erica de Lachica. Our attorney could then guide you through the process. In a case like this, since it was the truck’s unsecured cargo that caused the damage, you may be able to sue not only the driver but the company as well.

It’s important to remember that you need to have solid evidence of the event occurring, just like any other personal injury case. Make sure you get the truck’s license plate. Get photos of the truck, the load it’s carrying and whether that load is secure. Try to get witness statements if you can.

If you were in a car accident with a truck and need legal advice, we can lend a hand. Contact de Lachica Law Firm, PLLC now for a free consultation.